She wasn’t mad. She really wasn’t.

But the more he made it seem like she was and then acted like he didn’t care when he obviously did, she couldn’t help but get mad.

Which was why she was, yet again, at his house baking with his mother.

If she had been mad at him this was the best way to get irritate him. Simply making herself a constant in his life and acting as if he wasn’t the one she cared to see was slowly grinding at him and Sakura knew it.

Sasuke could act as aloof as he wanted but after being his teammate for over a year she knew him better than that.

It bugged him that she was so nonchalant about being in his house after months of asking him out and wanting to spend time with him.

Sakura didn’t believe it at first that any action of hers could frustrate Sasuke but his older brother had insisted that what she did meant more to him than she realized.

But the presence she felt behind her as she sifted flour was enough to reassure her.

It was his house. He shouldn’t have to tiptoe around it.

Before, he would cross his arms in front of his chest and lean against the doorframe and watch Sakura as she moved around the kitchen. He would wait for her to acknowledge his presence but she would just go about her business until his mother or his brother came in.

Sasuke wasn’t sure which was worse, his mother coming or Itachi.

His mother would send him away from the kitchen, simply waving him off and the treatment was shocking. But on the other hand when Itachi came in, attracted by the smell of sweets, Sakura would greet his brother after ignoring him the entire time he stood there and offer him a piece of whatever she had been helping his mother make.

Now he just let himself into the kitchen and would grab a drink and a snack and sit at the low table. He didn’t wait for Sakura to acknowledge his presence nor did he expect it.

But it was strange how the two of them moved around each other without issue.

Almost as if they weren’t in the middle of the strangest fight.

With Naruto they fought head on and got physical. Sasuke couldn’t do the same with Sakura. No matter how irritated he got with her, he never wanted to hurt her.

But that’s what he ended up doing wasn’t it? It may not have been physical but he still intentionally hurt her feelings.

And he wasn’t even sure why he did it in the first place.

Sasuke was blunt and it was usually a good thing. People needed to hear blunt truths at times. But his comment about the flowers was just mean.

He knew that the cursed seal put him on edge. Every time something irritated him in the slightest he would react stronger than he usually would.

“It doesn’t help that he’s going through puberty as well,” Lady Tsunade had explained to his parents. “He will be a lot more volatile. Until we can find a way to release Sasuke from the seal he will have to take measures to keep his anger in check.”

Sasuke grit his teeth, the curse seal stung as he got frustrated with the memory that even a sannin such as Lady Tsunade couldn’t remove the damn thing.

He rubbed at the spot and looked over at Sakura when he realized that the sound of her handling ingredients had stopped.

He opened his mouth to demand her reason for staring at him when she beat him to the punch.

Sasuke shut his mouth and he narrowed his eyes at her. She rummaged through her bag that was on the floor by her feet and pulled out a tin.

“I, uh, brought something for you.” Sakura opened the tin to reveal a bundle of satchels. “Lavender tea. It’s good for relaxation.”

Lavender. Another flower. But unlike a random stem the tea had a practical use. Sasuke nodded and a smile spread on Sakura’s face. It had seemed like forever since she had turned that smile his way.

Sasuke watched Sakura as she busied herself making his tea. She hummed pleasantly to herself as she moved around his kitchen. Just the sound of her happy noises and the smell of lavender was calming him down.

“Here you go,” Sakura chirped as she poured him a cup. Almost bashfully, she offered it to him. She averted her gaze but the apples of her cheeks were flushed with a pink that could rival her hair.

Pleased at the shy gesture, one he was sure Itachi never got, Sasuke took the tea from her.

Sakura’s eyes momentarily went wide but then her lips spread into a wide grin.

She went back to her task at hand, turning her back to him once again. Although she wasn’t looking at him her muscles were no longer tense and she carried on with her humming.

It was strange how easily she drifted between emotions, so easily expressing them as she felt them.

He did that quite often as of late but it wasn’t a good thing. It was something he had to reign in and refuse to let it consume him.

And maybe the warm and pleasant smelling tea made by someone always by his side could be a start.

ChronicallyDay is a chronically ill writer that dabbles in fanfiction, writing as they wait in doctor office sitting rooms. View all posts by chronicallyday 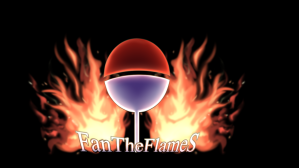 My friend Cowboy created not only my beautiful header but this amazing logo for Sasuke in my social media AU: insert pogchamp emoji here

They have commissions open!

The Days of Day